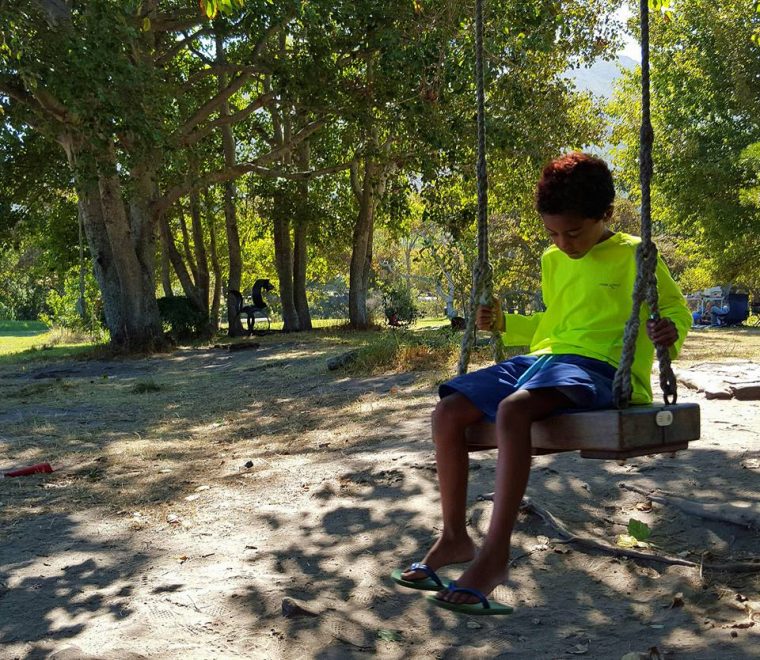 I arrived home emotionally exhausted. All I could think of was how much anguish my son must have been in. The tears streaming down his face as he pulled me back down the road . . . I carried him out of the house 90 minutes after we started getting ready for school . . .

We arrived at school long after the bell rung. I felt like I was still in my PJ’s – I had no phone or keys on me. I just had to get him to school, letting him stay at home was not an option. Not because I didn’t want him to stay at home, but because I know it will only make transitioning more and more difficult. I knew back to school was going to be very challenging, but I did not expect this.

I ended up spending the entire day at school with him. I watched him smile as he sat in line with his friends, waiting for Phys-Ed to start. I sensed his uncertainty – “will she be true to her word this time, will she stay all day?”.

Coach asked if he is okay to participate, my response. “Let’s see if he’s keen to”. He ran the 3km – two laps around the school, giving me thumbs up each time he saw me. The sun burning my skin as I sat on the steps next to the sports field.

Later I sat in a corner in the classroom, while he continued with his day. Slowly he settled in at school. When the bell rang for break I asked if I could go home, telling him that I have nothing to eat. His response: “I’ll share my lunch with you” as his body tensed up, afraid that I might leave. I stayed and sat with him during break, hovering on the sidelines while he talked about cars with a friend.

Fifteen minutes later I retreated to my corner, back in class, while he continued working, ever so often looking back to check that I was still there. Finally, during the last period, he said it’s okay, I can wait outside until the end of school day – 40 minutes to go.

Throughout the day, I observed him from a distance, both of us calm on the exterior while internally struggling on so many levels . . . He, an Aspie, an evolutionary child with an amazing mind, struggling to cope with the world around him – the intensity and unpredictability at times too alarming for him. Me, his mother, worried that I won’t always be there – his safe place, his haven. How do I help him?

My son is an evolutionary being, experiencing our world with a fierce intensity which sometimes leads to meltdowns #lovethiskid #aspergers pic.twitter.com/pq4olEmweB

Our day continued in an aroused state of touch and go moments. Both of us retreating into our own worlds, sitting on our beds. He on his tablet, driving cars. Me on my laptop – trying to regulate my emotions while worrying about him.

I know that only those who have experienced the intensity of a child like mine will understand. There I sat, slightly relieved as I watched him content in his world. Turning my face towards the wall, careful to not let him see my silent tears as I listened to Mark Schultz’s “He’s My Son”. He continued to tether on the brink, finally regulated late afternoon the next day.

Read Asperger’s or High Functioning Autistic Kids and school avoidance should you wish to learn more.

2 thoughts on “The Anguish In My Son’s Eyes”