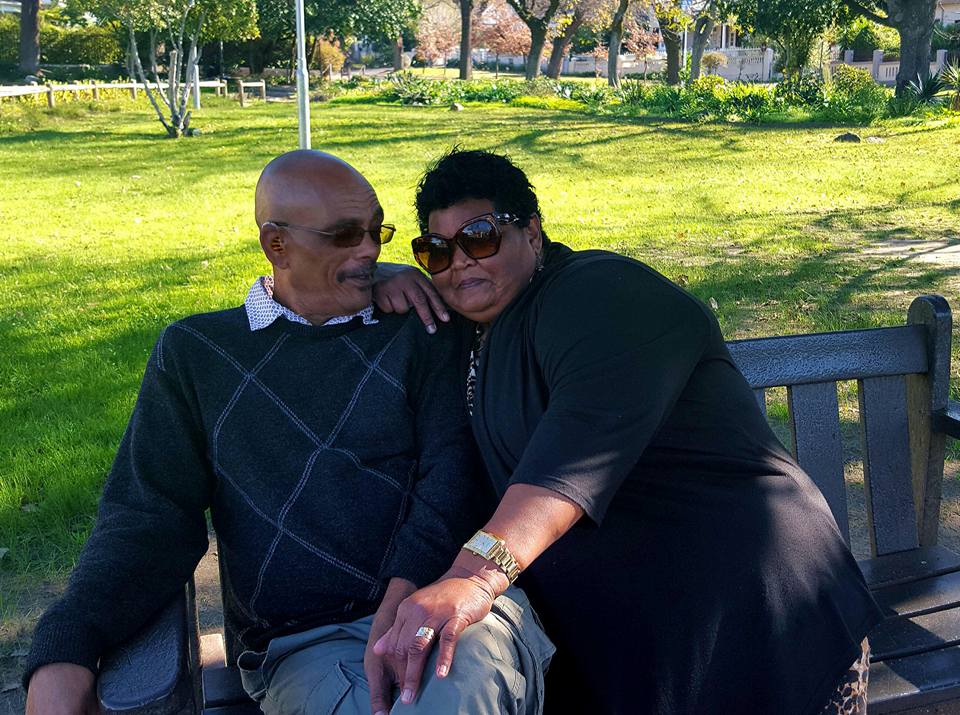 You looked me in the eyes, with courage and sadness as you spoke these words. “It’s cancer. It’s already spread to the lungs and liver, but it’s okay, I accept it.” In that moment I knew that you were preparing yourself to die, with dignity.

A few seconds later the doctor said she needed another urine sample, and I asked you if you needed help, which you did.  I considered taking you to the toilet, even helped you halfway down the passage when I realised that this would be a most undignified experience for you so soon into your diagnoses.  We agreed it best that I went to get mom to help you.

You were so fragile, yet so stoic and brave.

I left the male ward and quietly sat next to Kai in the waiting area, fighting my tears as I looked at him and told him that it’s time to go home. The longest and saddest walk home – 20 minutes felt like an eternity of sorrow at the imminent loss hovering over our lives.

Arriving home, fighting back my tears, I realised that I’ve left mom alone at the hospital – having been present with you when the doctor gave you the news.  How ignorant of me, a wife had just been informed that her husband has cancer.  The love of her life, her best friend – and that there is nothing that can be done. Treatment was no longer an option . . .  I walked away, leaving her alone in a time where she perhaps needed my presence the most.

Upon this realisation I immediately called her and told her that we would meet her half-way.  It was dusk by the time we met up and slowly walked home in silence while Kai rode his bike. Oblivious to the news that I was about to share with him.

That night we followed your instructions. We called your sister and I informed them of the news while we all sat in the lounge crying. Before this I called your son, the magnitude of the news that I had to share with him was absolutely lost on him . . .

Most difficult was sitting next to the bathtub on Kai’s OT ball while he relaxed in in his warm bubble bath, as I shared with him your diagnoses and what this meant. This was a very direct and honest conversation, He understood and together our hearts broke as we stared at each other in silence.

That night mom, Kai and I slept in the same bed – comforting your wife, your best friend, the one person who’d been by your side throughout your greatest triumphs, losses and challenges.

For many nights thereafter, Kai and I would talk about cancer.  I’d share childhood stories you used to tell us as kids and we’d laugh and cry simultaneously at the wonderful memories and the reality of our experience each time we visited you at the hospital.

Your life story has been a great source of inspiration to me.  The humility with which you’ve raised me is what’s kept me grounded throughout my life.

You taught me how to hold my head high and not back down when faced with adversity and the ugliness of human nature.  Showed me what courage looked like the day you reached out to your father who deserted your family when you were a small boy.  You reached out and asked for help, because your love as my father was unconditional; putting your own pride and pain aside, asking him for financial help with my school fees for a short period.

In the few months that followed I would watch you carve out a new father-son relationship. For the first time I experienced what it was like to have a grandfather.  Later the two of you would travel around South Africa for a few weeks whilst he worked as a truck driver – you, his wingman in your mid 40’s. Forgiveness, the greatest lesson dad, one that would later change the trajectory of my life in the best possible way.

This evening I am reminded of the courage and sadness in your eyes, and through my writing I embrace you with all that I am. Thank you for sharing your life with me, with us.

My father was diagnosed, unexpectedly, with stage 4 pancreatic cancer on 16th May 2017. He died 12 days later, there was no battle, only dignified acceptance.

No Healing. Only Acceptance

I Blossom and Die

Yellow the Colour of His Death

Dad, It’s Been a While