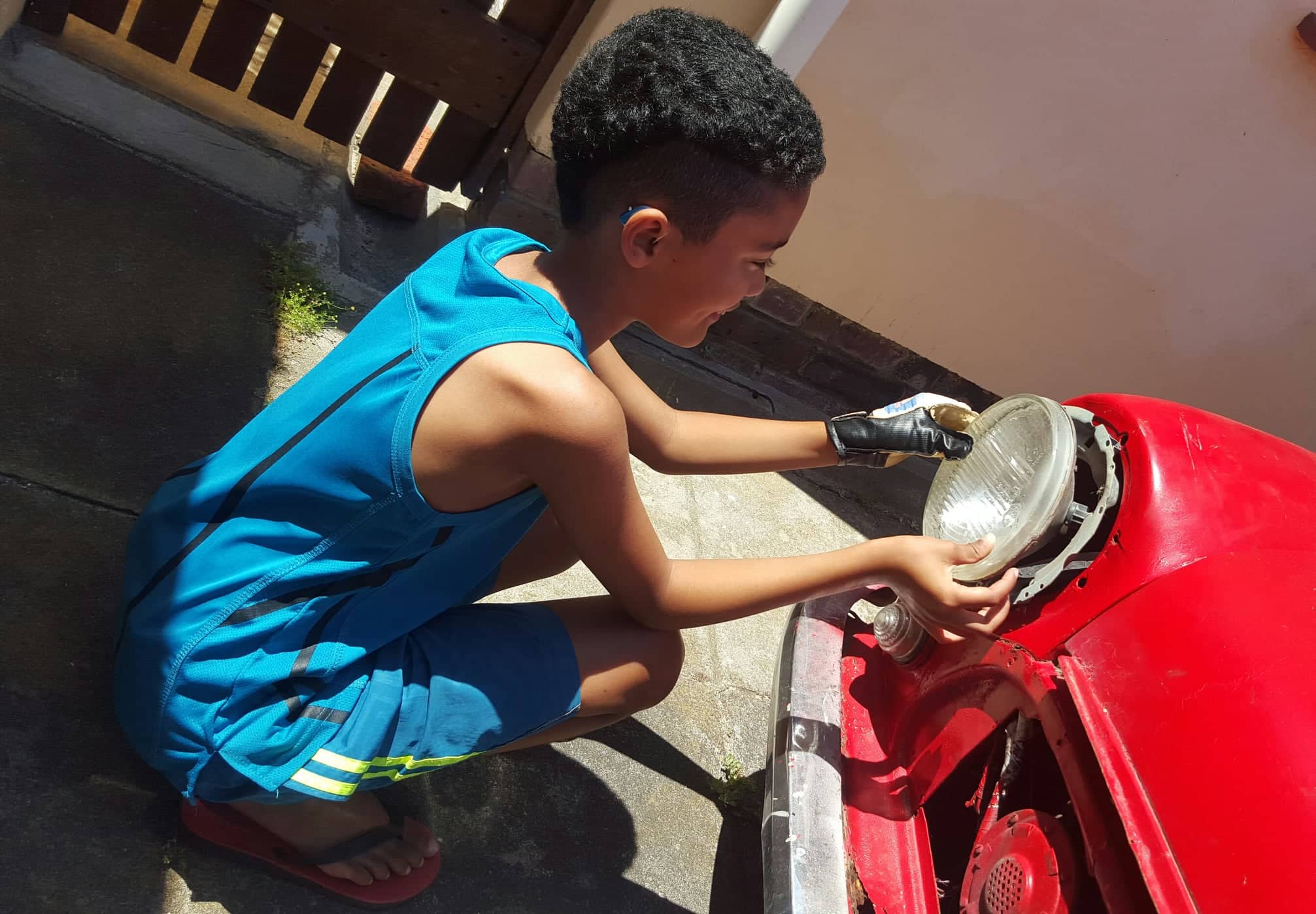 Two weeks ago I prepared myself for the complete devastation of my child as 1 November arrived. Failure to reach his first project car goal by end October; “raise enough funds to buy a car to restore”.

Spending many days and nights absolutely frustrated, teary-eyed and broken because he’d “never be able to afford the cars advertised”.  Yet so determined that he continued searching and enquiring.  So much so that he convinced me to take him to view a real rust bucket even though I pushed against it. I eventually gave in. Preparing for the meltdown that would follow thereafter because he’d hardly raised enough funds to make a decent offer.

There was no meltdown though. Instead, we arrived home and for the rest of the weekend all we talked about was the car. By Sunday afternoon Kai made  the seller an offer, with proof of funds in the form of a link to his BackaBuddy page.

“I will accept R2500 sure when can you collect” read the reply the Monday day!

I’m still in absolute disbelief as a stare at the red rusted Mini parked in the yard. My son’s car – his project car. He achieved his first homeschooling goal that he set for himself, within days of his end of October deadline.

We collected the car on Saturday and joined the Facebook Mini group on Sunday where he shared a video asking for help.  He needs someone to help him by doing a needs assessment on his car so that he can make a list of everything that needs to be done and receive some guidance as to the order in which this needs to be done. We got some great feedback! But it also completely overwhelmed him when the magnitude of this project hit him.

By Sunday evening he started doubting himself, and whether he’d be able to complete this project of his because it’sa project that relies on people whom he is yet to find! And funds that he is yet to raise. A mammoth task for an 11 year old! And a real challenge for me, the mom who identifies her car by the sticker on the back window!

I am beyond proud of my son and live in the hope that the kindness of others, matched by the determination of my son, will help him complete his car restoration project.

You too can be part of my son’s project team by donating towards his goal at this link.