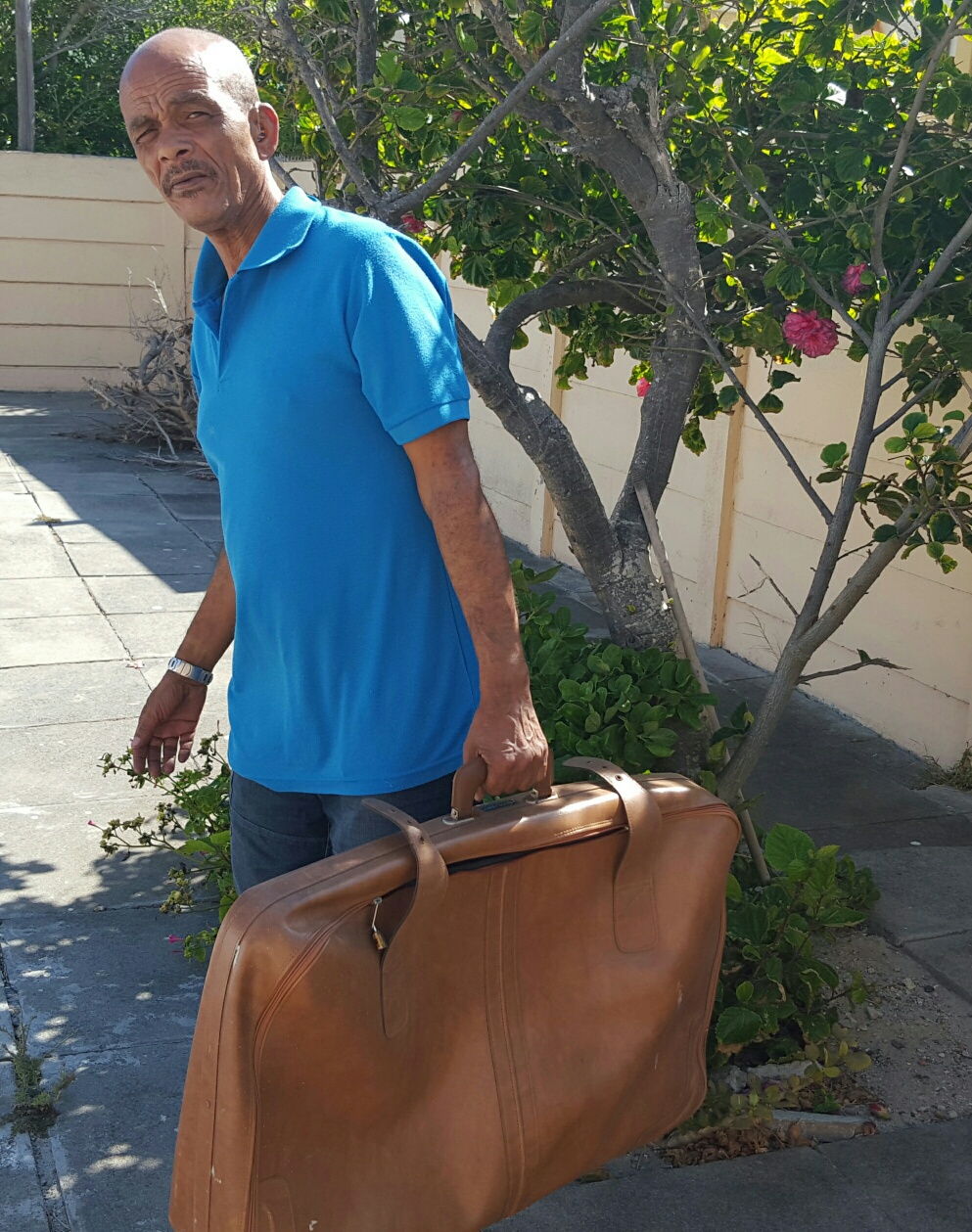 I remember my dad telling us stories, and his words would fill me with vivid imagery.  My brother and I sitting in our newly built house – zinc sheets for “windows”, no electricity and no door on the toilet or anywhere in the house for that matter. The suitcase, bought in 1982 for R11,99 at Pep Stores – the story of his first trip working away from home.

That year my dad travelled with his uncle (his boss at the time) and the rest of the crew.  His soccer buddies and colleagues – I like to think of them as “the flagon crew”, because they would get drunk whenever they were together.  Anyway, that year he packed his clothes into the suitcase and they travelled up to Joburg where they had some construction work in a place called Lipstick, or something like that.

This same suitcase accompanied him to Senekal a few years later when he went to help his new boss on his farm. And decades later, this suitcase took up most of the space in the sleeper of a long haul truck when he travelled the South African roads for two weeks with his father, a truck driver. The same father who walked out on his family when my dad was only 9 years old.  This was a very special trip.

These few paragraphs alone should give you an idea of the kind of rich family history and stories that my father shared with us. Stories of hardship, friendship, rejection, love and family.

You see, only those who truly knew my dad would know that this travelling suitcase is not about a glamorous traveller. No, this story is about a man who changed his life around and went on to inspire many every day folk in an ordinary way. These stories aren’t mine to tell, but theirs.

What I will share with you today though is how this suitcase fit into my life.

I was born the same year this suitcase was purchased. Back then my parents lived with my dad’s mother and siblings in a council flat. Soon thereafter they moved into a three-bedroom council home. Unfortunately, due family dynamics and the harsh reality of the time, my parents found themselves homeless on Christmas day. My first Christmas on this earth!

We moved five times during the first 4 months of my life. This suitcase – became my wardrobe and my baby-bath, my crib.

One of these moves saw my parent drop me off in Parkwood with my maternal grandmother in the two-bedroom flat that she shared with her husband and many children and grandchildren. The plan was that she would look after me during the week and they would fetch me on weekends.

THANK GOODNESS, they missed me, and fetched me after three long days! Thereafter we moved five more times, throughout which this suitcase remained my wardrobe.

Finally, at the age of 3, my parents got a one-bedroom council flat. We lived here for the next eight years before moving into our own home.  Of-course the suitcase, by now a family fixture, contained all the items near and dear, the small clothes that was difficult to part with and thick winter jackets.

It was in February 2017 when my son had a project where they needed to bring “historic” items to school. This featured picture was taken then, and I remember telling my dad that one day we must sit down and talk about the many stories that still lay hidden in the suitcase.

Little did I know that that one day would expire on 28 May 2017, the day he died.  Fortunately, my father was a great story teller and he often shared his stories with us while we were growing up.  Like that time when they ran after a dump-truck and some cheese fell off . . . and how he got the nickname “Kasie”.

4 thoughts on “The Travelling Suitcase”