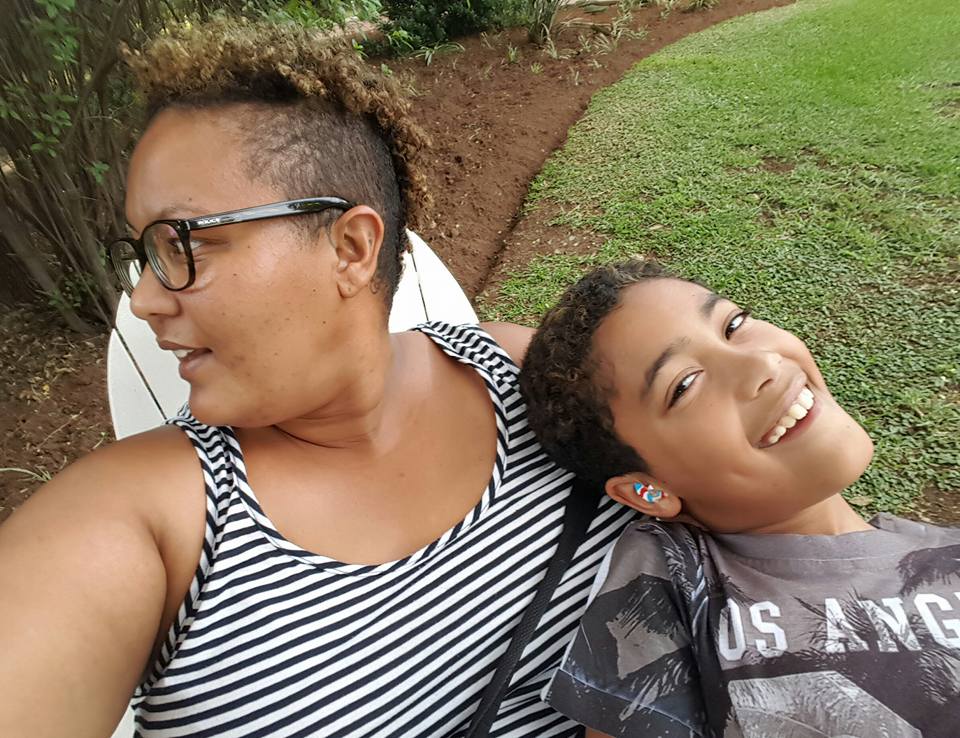 My son and I recently went on a mom-son adventure, exploring Johannesburg. Creating memories and teaching him how to be resilient when faced with adversity after we experienced the illusion of inclusive education.

Now if you follow me on Facebook then you may have seen some of Ausome Kai’s videos. One of the videos is about his first time flying.  His excitement was palpable as the plane started taking off, the one minute we’re on land and the next thing we’re gaining altitude.  Then, a couple of hours later, the absolute thrill as the plane’s speed abruptly started to decrease and the wheels hit the tarmac – his favourite part of flying.

Unfortunately, upon our return flight, intense earache got in the way of him enjoying our landing. No amount of gum chewing helped, but he handled it like a real champ.

Deciding to travel to Johannesburg was a case of booking the flights before confirming accommodation!

Fortunately, our JoziDiva could help us out with a roof over our heads. She was also our designated driver and the master chef! Then there is M, he kindly offered us his bedroom.

Our first day in Johannesburg was spent walking many kilometres, learning about animals at the Johannesburg Zoo.

Our second day was an extraordinary experience. The Rhino and Lion Nature Reserve, exploring the Wonder Cave, entering through a narrow dark crevice with 86 steps leading down to the elevator that took us into the chamber. Most fascinating was the cave formations, and the remnants of lime mining, which sadly caused some damage to this spectacular site.

My son was far braver than me in the cave as I held on to his hand while he helped me down some steps.  His eyes, much closer to the ground than mine in a chamber with lights so dim that I struggled to see where I was going. The deeper we ventured into the cave the more confident he became. It was a beautiful experience, watching him take the lead and cheer me on as we exited the cave up the steep incline, the 86 steps!

Later we parked next to a predator. A majestic lioness relaxing in the shade of a tree – not bothered by the onlookers.

The next highlight was the reptile talk. I felt so relaxed as the Boa Constrictor’s heavy weight pressed down on my shoulders and arms while my son slowly stepped closer to touch the snake. An endearing moment.

Then, the awe as we listened to the talk about Anabel the Cheetah and watching her chase after her favourite toy. Her ability to gain speeds of up to 120 km/hr is astonishing!

We were absolutely knackered after this and spent the following day watching The Big Bang Theory, until about midday when my son exclaimed. “Mom, let’s go to the mall!”

The mall completely disorientated us.  It took us a while to figure out the map and arrive at our destination – the gaming arcade!

Here we spent almost four hours. My son literally had the place to himself. He went on the 4D simulator four times. The first two times we experienced it together and then, after some encouragement and running out of cash, we agreed that if I didn’t go with him then he would get to go two more times.

The car games were an absolute hit with him. Honestly, the gaming arcade was the most exhausting for me.

Later, our JoziDiva met us at the mall and treated us to Krispy Kreme – a bit too sweet for us, but a wonderful experience as we let down our hair, or maybe it was the sudden sugar rush?

Tuesday, our fourth day in Johannesburg was spent indoors for most of the day, with an early evening mission to find to find the go-kart track!

We eventually found it and Kai, being the only customer, had the entire track open and unobstructed. Perfect for a first-time driver, slowly becoming accustomed to his new ride. Then he started speeding and drifting; he even had a few minor crashes. Thirty minutes of sitting behind a steering wheel and annihilating the raceway. Absolute bliss for my son!

The next morning, we said goodbye to our JoziDiva as we moved on to our next experience. But first, a random trip on the Gautrain from Rosebank to Hatfield and back to Rhodesfield. Then we took an Uber to our final Johannesburg destination.

A complimentary stay at Birchwood Hotel, inclusive of dinner and breakfast. A luxurious treat for my son since he’s never spent a night in any type of guest house or B & B or hotel.

He went to the gym twice, got to ride in a golf cart, and had a hot bath and a warm shower. Dinner was exquisite.  A reserved sign on our table, a mom-son date as he sat amongst professionals attending a corporate workshop.

By 7pm we were so tired that we decided to head on back to our room where we literally fell asleep the minute our heads hit the pillows.

The next morning, he was gobsmacked at the breakfast spread. The many juices, waters, coffees and teas. The variety of breads, cereals, cold and hot options. Stews, bacon, mushrooms – you name it! His favourite was pancakes and cream while I devoured a bit of everything.

Soon it was time for us to pack up and leave as we waited for our complimentary shuttle to the airport.

Our short five-day stay was packed with such diversity. Many first experiences, and great people. Special thanks to our JoziDiva and M for their kindness, and to Birchwood Hotel for a most memorable experience with my son. Thanks to you his “camp diary” was filled with experiences, and he too could participate in conversations about what he did while everyone else was at camp.

I had a wonderful time exploring with my son and think that this is something that we will do more of in the future.

8 thoughts on “Our Johannesburg Adventure”