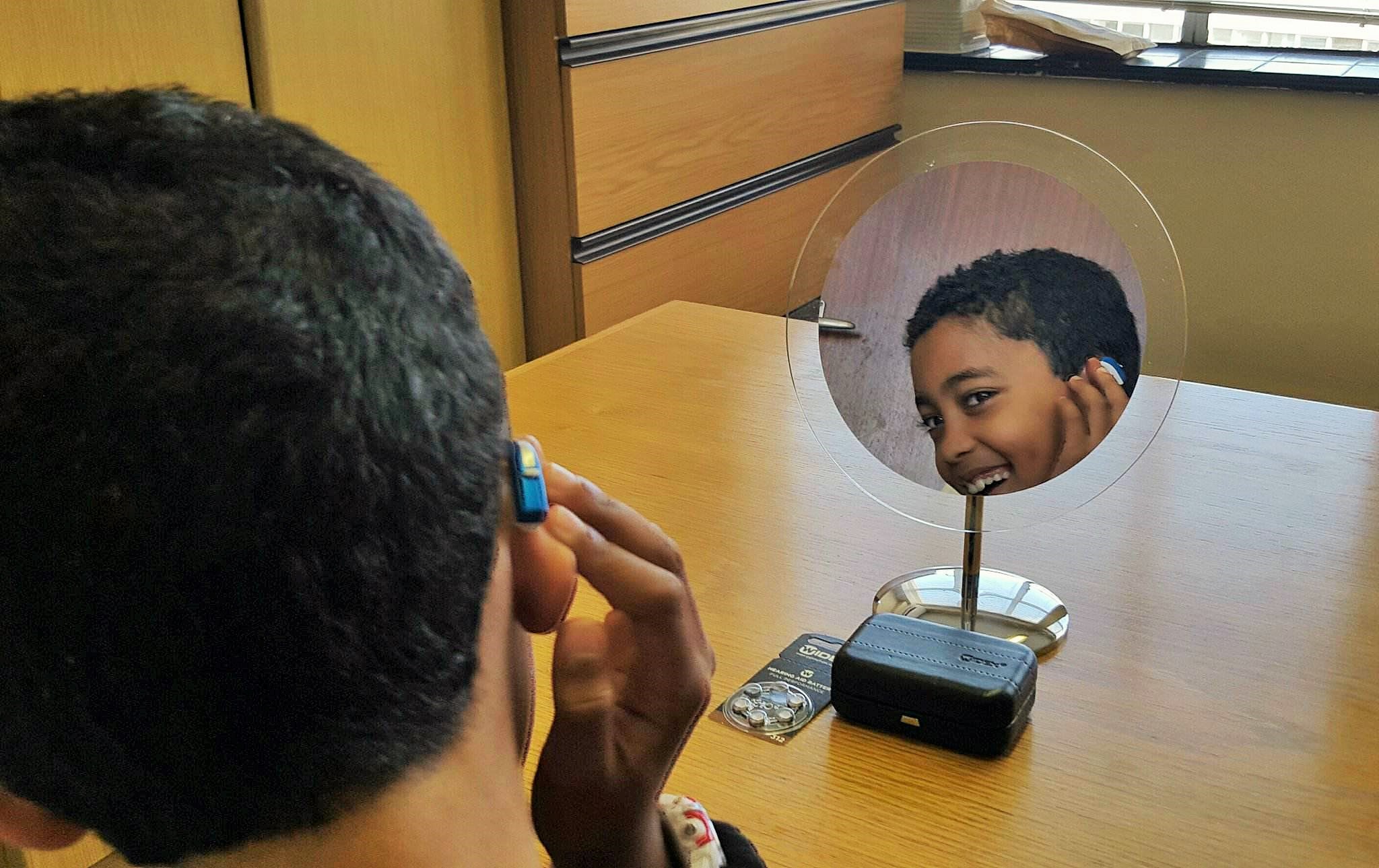 It’s been almost a year since I received that call that had me jumping for Hearing Happiness, and what a wonderful experience it’s been for my son. And an enormous weight lifted off my shoulders!

It still amazes me how such tiny devices can make such a difference. During the last week of school Kai’s left hearing aid stopped working. Luckily we kept his old ones as spares so he was able to use those while our audiologist at NB-Hearing sent the HA to the Widex labs in Durban.

“Argh! This sounds so soft!” – my son’s immediate reaction upon wearing his back-ups.

I was again caught by surprise just at how big a difference an upgrade in technology has made in his life. Even more so when he kept asking me when his hearing aid will be fixed! Why? Because not only is it a bit of a struggle in class, but his FM System is also not compatible with the old hearing aids, which meant he had to work extra hard to pay attention to what his teachers were saying in class.

“At least I sit in the front now, so it’s not too bad, but I can’t wait to get my hearing aid back!”

For the first time in a long time my son, without really knowing it, was expressing to me just how much of a difference his new tech is making in his life. Yesterday, back to school, I did not have to remind him of his FM system.  No, he actually reminded me! A clear sign that he is benefitting greatly from having consistent access to sound.

Kai with his FM at the Victorian Classroom Outing.

We’re also constantly advocating for the use of the FM system on school outings.  And recently on accompanying him on a class outing to the Centre for Conservation I informed the tour facilitator that my son uses a personal FM system. Kai was a bit too nervous to approach this strange lady whom he’s never met in his life, but support was near! His friend, with great ease and eagerness, walked alongside him and introduced the FM system to the tour facilitator and together they showed her how to use it! I just sat quietly in the back, observing.

Using technology in the classroom can be quite daunting, but having peers who understand and teachers who have no issue with using it, makes things so much easier.

Even more so is receiving an email from Widex with a long list of things we can do to prevent wax build up, and damage to the receiver that sits in the ear mold. We really have an amazing team. Our 2017 is shaping up to be a year of great achievements! Our word for this school year after all is #perserverance.

*Image and Video courtesy of AusomeKai