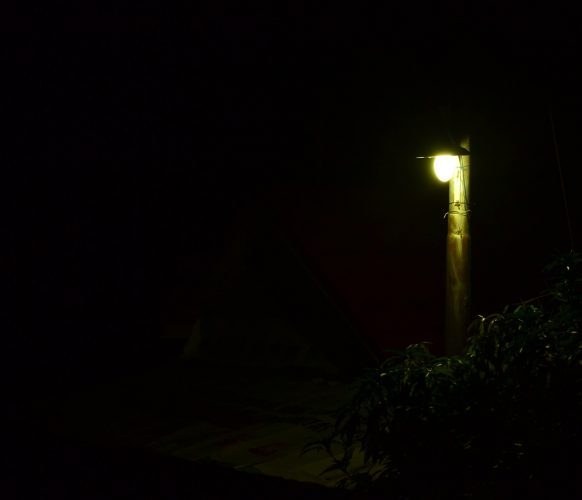 Mel’s day was planned to perfection. She instructed her domestic worker to ensure that she washed and ironed all her laundry before the end of the work day.

Arriving home after 5pm, feeling confident in the presentation she delivered earlier, she poured herself a glass of wine, kicked off her power-heels and charged all communication devices, including her most recent purchase, a portable charger – just in case. Her take-away pizza arrived 15 minutes before darkness descended upon the streets.

Mel, oblivious to this change as her solar powered lights ensured enough glow for her to continue her evening in comfort and contentment . . .

Sandi prayed that the queue at the taxi rank would not be too long, she was desperate to get to her stop before 7pm. It was winter and the streets were not the safest place to be once the sun had set on the Atlantic ocean.

Slightly annoyed, she again found herself squashed between four people on seat, technically designed for four people only! But what could she do? Complaining would only lead to abuse from not only the driver, but from fellow commuters too. Everyone just wanted to get home, and no one dared to speak up against the illegal overloading of a minibus taxi. Especially not today!

Climbing out of the taxi, she clutched her bag, relieved that the street lights were still on, albeit only 3 of the 7 in the litter filled road. She arrived home with a few minutes to spare, switching on her gas stove and lighting some candles, she quickly unpacked the bedding before calling her two children at the neighbour’s next door.

Her pap and wors were cooked within 10 minutes. After finishing their meal, Sandi and her children washed  in a small plastic basin, and cuddled up on their only mattress – safe, warm and cosy as the darkness gave life to the rogue elements on the streets of the small township . . .

Below the firebreak, burned a small fire, huddled around it were Erica and John. Eating from a black pan, baked beans and rice, while their 2 year old slept in their cardboard home, wrapped in old blankets and jackets, her dummy coated in alcohol to keep the chills at bay.

Erica and John, both kept warm by their addictions, surviving on the illusion that life on the street is far better than conforming to the rules and regulations of society. Oblivious to the darkness around them, their fire soon became embers as they crawled in next to 2 year old Emily, dirty and malnourished . . .

This post was published as a Facebook prompt from Jonelle du Pont, Tyranny of Pink, “Everything Around Me Went Black”.

6 thoughts on “Everything Around Me Went Black”