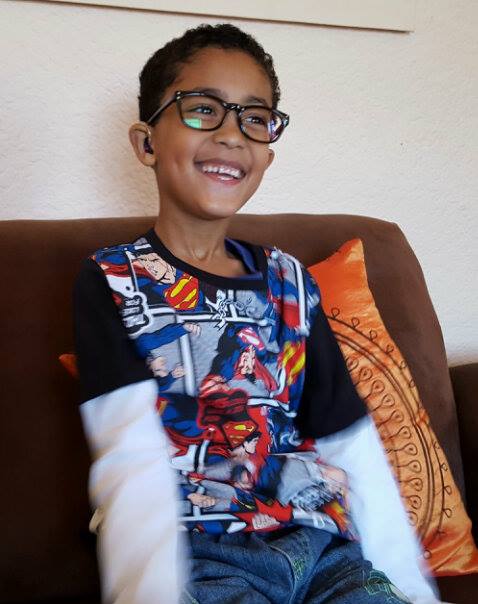 “Come on silly eyes”, he said as he shook his head from side to side one evening while doing homework… “Mom you know when you read a bunch of words and it all goes blurry? Now that just happened to me and then I can’t see the words and lines.”

This incident explained why he kept hounding me, “mom, when am I going for my eye test”, after I forgot his optometrist appointment in April. An appointment set up by my dad, quite randomly when he collected his own spectacles.

After a chat on our way to school he elaborated a bit more on this blurry vision. Seems he’s been experiencing difficulty this term. Blurred vision when needing to read his book or look on the board, and sometimes his friends would be a blur on the playground. His one friend has been helping him in class when he struggled to see.

Last week the Optometrist confirmed that he has amblyopia, or more commonly known as a lazy eye. There is a development problem with his visual cortex. The right eye has gained dominance due to the left eye sending inconsistent signals to the brain. Glasses were prescribed in the hope that it will stimulate the visual cortex and solve the lazy eye or at least prevent it from deteriorating.

On Saturday, we collected his spectacles, and I must admit, this child of mine has a quirky sense of style! He absolutely rocks his new look, and on Sunday he pointed out that the spectacles makes a big difference, especially when he reads!