“Please, it’s not a race. Don’t ride to near other cyclist. Stop for water and take your time.” This my instructions to my son as he enthusiastically prepared to participate in the 10km junior Cape Town Cycle tour on Saturday.

“Kai, I think it is best that you and Alexander stand at the back, behind everybody. This way you don’t have to worry about any kids riding into you.” This my OTHER suggestions as they wait in the line-up area at the tour. In return I got a blank stare, like “yeah right, what do you know mom?” as they continued to squeeze themselves into the tiniest of gaps to get closer to the front!

I was worried, because they also refuse to have a “CO-PILOT”. They’re “experienced” cyclist who, after completing the 5km in 2014, felt confident enough to enter for the 10km. Don’t know what happened to signing up for the 7.5km that we discussed for 2015!

Anyway, the gates opened and the adrenalin was pumping. The kids just wanted to go-go-go! 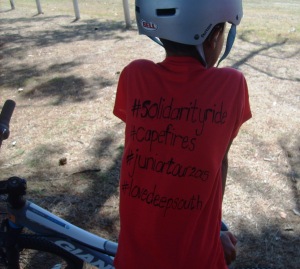 Lining up with Alexander. 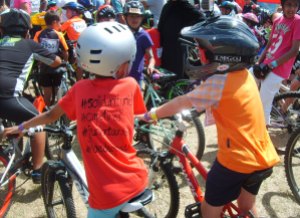 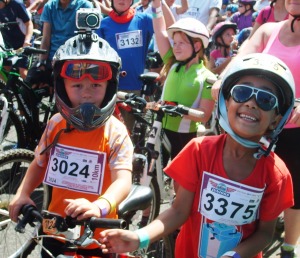 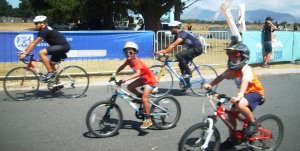 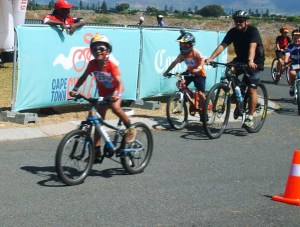 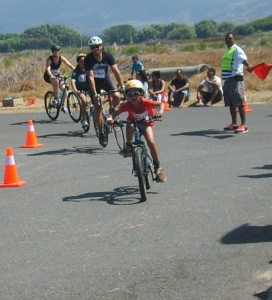 Collecting his medal and certificate. 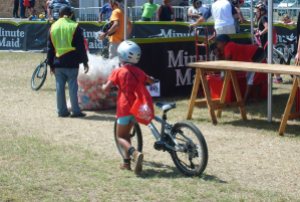 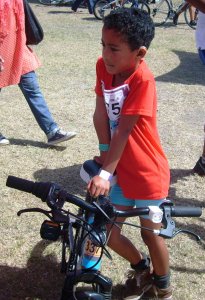 Awesome ride with a great friend! 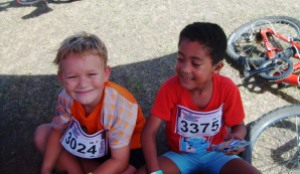 Not even a runny nose and sore throat could keep him away. After the cycle tour, he got home and into bed! He woke up on Sunday, sick with the flu, and missed the first three days of school this week.