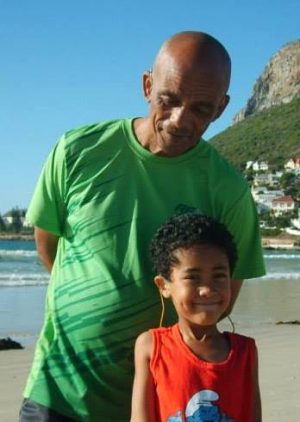 At the age of 33 my dad came home with hearing aids on his ears! My parents just told my brother and I “from now on you must always look at your father when you talk to him and remember if anything happens at night, he can’t hear”, that was it, end of story and we just got on with life!

It was two decades later, after having my son diagnosed with a hearing impairment at the age of 4, that I fully understood the impact of hearing loss on one’s quality of life and started asking many questions about my dad’s hearing loss. Perhaps it was ignorance on my part or just the way our family dealt with my dad’s deafness – life just went on as normal in the Petersen household.

I remember the frustration I had as a child, constantly having to repeat myself to my dad, I remember my mom constantly telling my dad that he has a hearing problem and he should go see a doctor. My mom eventually got so fed-up that she called the doctor herself and made an appointment for my dad. The doctor immediately scheduled an appointment for him to see an ENT and Audiologist at Groote Schuur Hospital. The diagnoses was that the bones in his ears were hardening (a middle ear condition, otosclerosis). The ENT suggested that he have a stapedectomy (where the stapes are removed and replaced by prosthesis).

My dad decided against the operation since some of the risk, at the time, included facial nerve paralysis, vertigo and that surgery may increase hearing loss.  In some cases hearing improvement was only temporary. He was then referred for hearing aids.

His first pair of hearing aids didn’t benefit him much so he decided to see an Audiologist in private practice who referred him for an in-the-canal hearing aid for his bad ear. At the time it cost our family R5 000 which my parents paid off over a period of 6 months! This was in the mid ‘90s, a lot of money for a family living on a minimum income…With the in-the-canal hearing aid children often asked my dad why is he walking with money in his ear and he had to explain to them that it is a hearing aid that helps him to hear better and they would just say “oh, okay” end of interest.

My dad suspects that he probably had hearing loss as a teenager already. He always sat in the front of the class and often struggled to hear people, but back then people just got on with it. There were more important things for his family to worry about, like where their next meal would come from…

It took us a while to stop talking to my dad when he’s not wearing his hearing aids, but we are now in the habit of, especially in the mornings, to first check that he is wearing his hearing aids before we talk to him or we will ask him to put on his hearing aids, which at times he does reluctantly. My dad thinks it is such a benefit that he can literally just “switch off” when he doesn’t want to hear the world, an ability that hearing people don’t have.

In the space of 20 years my dad’s hearing progressed to severe in both ears. In the words of my dad,  “Hearing loss is not the end of the world, life goes on. Attitude is very important in life and I also don’t believe in self-pity, life happens”.

How fortunate am I to have a deaf dad. I could not have asked for a better role model for my hearing impaired son, they have a special bond, their hearing loss is the one thing that no one else shares in our family, they are unique and they just get on with life. It’s not easy, but they just do!

This article was published in the June edition of the Cape Times’ Health Times as part of the Silent Ability series coordinated by Decibels of Love on 24 June 2014.

0 thoughts on “Money in His Ears!”